Well, you may be astonished to see a gold currency coin (above) with a temple symbol with 4 languages inscribed (two of them are Tamil and Telugu)….

Yes, your guess is right!

Now, before I go deep into the history, I really wanted to set the stage here.

What made me to write this article, and how I ended up writing this?

Whenever I stressed myself just for the sake of earning money, my inner voice always raises a question ‘Who the hell invented money in this world? I’m going to kill them if I come across’.

Well, I paused there and thought ‘Why don’t you find out who invented money?’.

Wait that didn’t end there, all that I came across were the currency system that existed in the West.

I felt something was missing in my mind puzzle, so I digged deeper to understand how my ancestors ‘South Indians’ dealt with the money system.

To my surprise, I came across a mind blowing history about the currency system that almost went forgotten.

Well, I really don’t want to get this history forgotten!

Barter system (exchange of goods) were the only medium of transaction happened among our ancestors since 200 BC.

The ‘Sangam’ period, 200 BC to 400 BC, marks the barter system in south india. Paddy that is produced in abundance in South India was the common medium of exchange.

The world famous Tamil epic ‘Purananuru’ describes the rich land of Pandya Kingdom which had abundance of Paddy – every house of Pandya land had stocks and stocks of Paddy that a housewife got it exchanged for spices, grams, cattles and lot more.

Infact, we were dealing with a special loan during barter system called ‘Kuri edirppai ‘ where a person could get 20 kgs of Paddy upfront as a loan and start harvesting it, and pay back the same amount of Paddy that is gotten after a specified amount of time.

How was Paddy Measured to Exchange?

The following were the Paddy measurement units used in the ancient south india. The first one called ‘Nazhi’ is still in use in the rural areas to measure the rice that is to be cooked. I had personally seen my grandma and mom using ‘Nazhi’ since I was young.

The Paddy measurement system of Kerala has similar units, so considering the kerala units as reference the following calculation were taken (this may not be so accurate)

Of course it’s true, India was the world’s richest country during this time!

History says that India almost drained all the gold from Rome by selling the inland goods, and in turn rome struggled to mine more gold.

Pepper and cotton were the main exports along with Steel, pearls etc.

Trade flourished so much that we ‘South Indians’ started importing horses, wine, topaz, glass, coffee beans. Though we imported these, the exports from India were not equal to the imports.

That’s the reason they started compensating the difference with gold, silver and copper. And in order to identify the coins of particular country, the country’s stamp was stamped on the gold pieces.

‘Purananuru’ has a poem mentioning  the sale of pepper for 15 gold pieces in the ancient Madurai Market.

Fast forwarding to 18th century, the British East India Company took over almost all the trade that was happening in the country.

Before India was formed in 1947, there were three types of coins in circulation since 13th century. They were Pagodas or Varahan, Falam or Panam and Kasu

The coins ‘Pagoda’ or ‘Varahan’ were used exclusively for the foreign trade only. The coin is made of 1.2gms of gold.

That’s the reason for having 4 languages Persian, English, Tamil and Telugu. I was really astonished to see the ‘Tamil’ and ‘Telugu’ text inscription, it clearly tells that ‘South India’ was so strong economically in the history.

The temple in the coin may represent Srivilliputhur temple in Tamilnadu , and the rear back holds the punch mark of ‘Lord Vishnu’ seated on lotus.

The coinage system was in existence since very long, and the representation of Vishnu may be due to impact of Vijayanagar Empire.

The coin ‘Panam’ was mainly used for inland transactions inside South India. Panam is made of 0.92gms of silver, and 1 Panam equals 42 kasu or dubbu

The words ‘Panam’ in Tamil as seen in the coin above is restated in English as ‘Fanam’, but both represent the same meaning. Many Tamil words may have been translated in to English during this period. For e.g. ‘Kasu’ to ‘Cash’

The copper coin ‘Kasu’ above were used in day-to-day transactions of common people in South India. The inscription in the coin says ‘Idhu 2.5 Kasu’ in Tamil, meaning it is 2.5 cash. 42 Kasu makes 1 Panam.

The words Panam, Kasu, Dubbu or Dubbulu are still in use in Telugu and Tamil. Many think that they are just colloqial words but it is definitely not. The Copper coin that is seen above is called as Kasu, dubbu or dubbulu – those are not just words, they were the real coins.

How our Economy fell down?

Inspite of having such a great economic currency system, we lost almost all the treasury and wealth during the foreign invasion.

Our economic system was SO much dependent on each community – Agriculturalists ploughed the land and grew healthy food, Kshatriyas had healthy food, maintained physical fitness and protected the country, the black smiths made strong weapons for Kshatriyas to fight, the merchants traded in metal for blacksmiths, and so on it goes… So when one community fails, the whole system fails.

When the trade generated too much wealth, the wealth wasn’t divided to the poor and the needy. The whole system failed just because of greed, jealousy, unequal division of accumulated wealth.  This lead to the economic classes Wealthy, Middle-class and Poor. The poor struggled to survive, and the economy was shaken.

8 thoughts on “The Forgotten History of South Indian Currency System” 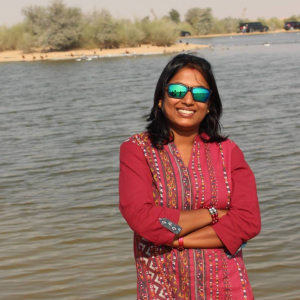 I started this blog in 2015 to pursue my passion for FINANCIAL INDEPENDENCE. I write my own personal experiences on job search, career advice, entrepreneurship, money, and life.

How to calculate PF amount? Excel Calculator inside.

How to bargain at a jewellery shop in India

How to Sell Old Gold Jewelry for Best Price?

How to Track Offline Expenses (and why you should)

What are Salary Components in India?

How to find whether an offer letter is fake or genuine?

How to write a Resume for Freshers?

How to save money from salary? Step-by-step tutorial

How to earn money online in India?